Allan Horwitz received his Bachelor of Science degree in Physical Therapy in 1975. In 1983 he received certification from the Kaiser Orthopedic Physical Therapy Residency Program, where he taught from 1985 through 2016. He specializes in musculoskeletal disorders, especially spinal care, shoulder rehabilitation, and foot disorders, including fabrication of orthotics. He is a fellow of the American Academy of Orthopedic Physical Therapists. He also consults and teaches seminars in office ergonomics.

Negeene received her Bachelors of Science degree form Mount St. Mary's University in 1994. With more than 15 years of experience as a Registered physical therapist her passion is human movement and integrating her decades long study of yoga to the traditional setting. Most recently, she has completed a long term advanced skills mentorship program at Kaiser Orthopedic Residency Program. She has also completed core course work at IPA manual therapy program (Institute of Physical Art).

Negeene is fluent in Farsi.

Stewart received his Doctorate of Physical Therapy at Samuel Merritt University graduating with honors. He has worked in a wide variety of settings ranging from inpatient, acute rehabilitation, and outpatient. Upon graduating from PT school, Stewart did a residency in Proprioceptive Neuromuscular Facilitation (PNF) which helped him further learn how to treat people with neurological issues. He has also taken multiple continuing education courses in a variety of techniques related to musculoskeletal physical therapy. During his free time, Stewart enjoys learning about other cultures by reading, traveling, and exploring their cuisine and customs. 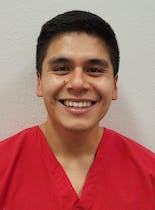 Michael received his Doctorate of Physical Therapy at Boston University. While in undergraduate and graduate school at BU, Michael played waterpolo in his free time as well as volunteering in multiple community service programs. He has had experience working with a variety of different patient populations in both the orthopedic setting, including athletes and post-operative cases, and neurological setting, including brain and spinal cord injuries. Throughout his time in school he also attended multiple continuing education courses to help treat musculoskeletal injuries. During his free time, Michael enjoys hiking, playing with his dog, traveling, and listening to music.